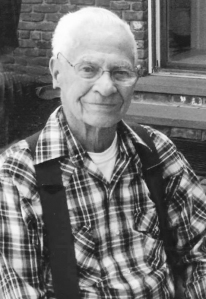 Don married Shirley Tims on Oct. 19, 1957, at Dove, N.J.  He worked as a carpenter, painter and town clerk and recorder before they moved to Montana. They moved to Eureka in 1972. He worked as a bookkeeper for Farm Harvesting West and Town and Country.

He enjoyed gardening, fishing, and was an active member of the First Baptist Church in Eureka.

Services were Monday, Aug. 6, 2012, at 3 p.m. at the First Baptist Church in Eureka.  Arrangements are by Schnackenberg & Nelson Funeral Home in Eureka.