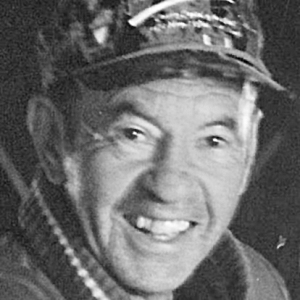 Bryan LeRoy Standley, 79, of Kalispell “took his final drive to heaven where many friends and family were waiting with open arms.”

He was born in Butte to Anne Marie (Stephens) and Francis Bryan Standley. The family spent most of his childhood in the Bitterroot Valley and he graduated from Missoula County High School in 1948. He then joined the United States Marine Corps. He returned to Missoula and in 1954 he married the “love of his life,” Marlene Keniston.

In 1955, Roy and his father Bryan started a logging business and the family moved to many locations. Winter months logging was on hold due to weather and he could be found on the bench of his Hammond organ or piano, entertaining at supper and dance clubs.

Roy and Marlene’s three children were raised to appreciate music, which is still a big part of their lives today, thanks to their dad.

The family settled in Kalispell in West Valley where Roy and Marlene grew the most beautiful dahlias. Every morning you could always find him out in the garden tending to “his girls.”

Roy’s home away from home was the Eagles Lodge in Kalispell where he proudly addressed himself as a Bald Eagle and spent many nights dancing and enjoying friends.

Roy was a 32nd Degree Mason, a member of the Scottish Rite and a Shriner.

He enjoyed hunting, fishing and watching the stock market, but getting into his Toronado and heading down the road was his passion.

He loved his family, friends and Montana.

Roy was preceded in death by his parents; his loving wife; his sister, Rosie Young; his mother- and father-in-law, Theodore and Gena Keniston; and his sister-in-law, LaRae Hayes.

From: Obituary
← Mary A. Burlingham
Render Terry Fuller III →
No comments yet